The Bull Moose has been a staple at Eaglecrest for many years. In 2011 it was combined with a prostate cancer fundraiser. Over the last Eight years close to $20,00 has been raised for Vancouver Island Prostate Centre. This tournament consists of four player teams, playing a Texas Scramble. Being held in late November, players battle the elements as much as the golf course. 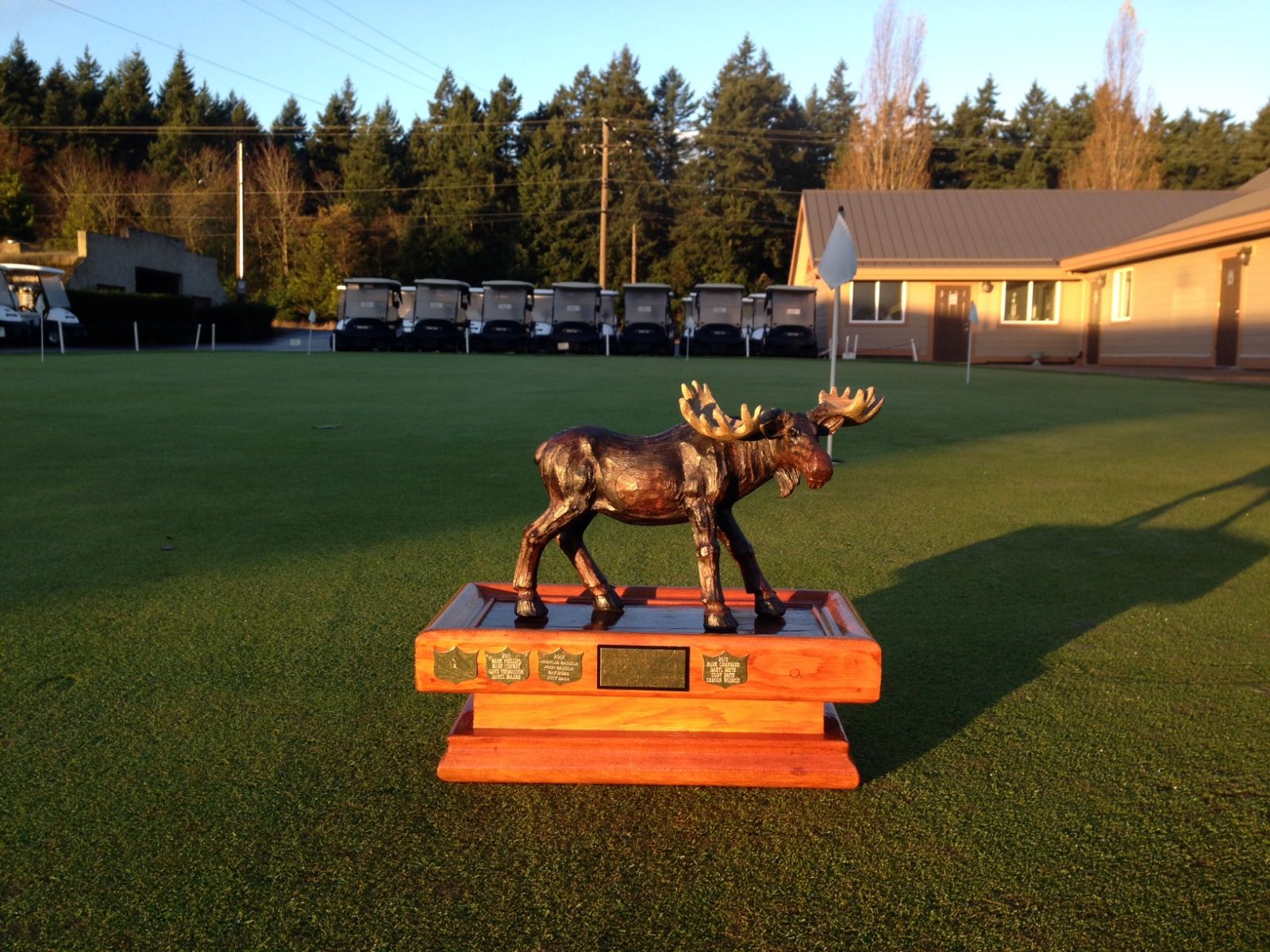